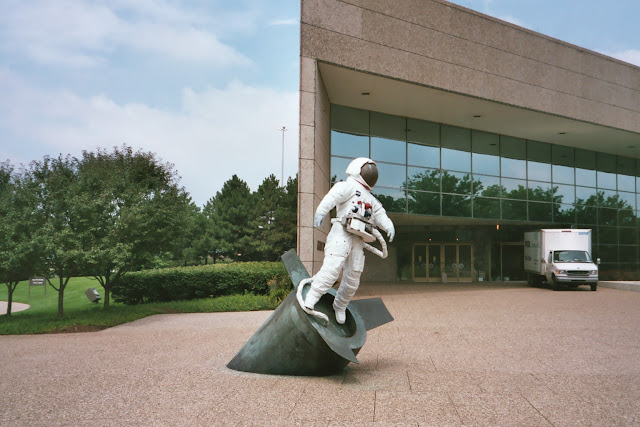 
Surrounded by water, flowers, statues and green lawn, the Gerald Ford Museum in Grand Rapids, Mich., gave me the feeling this was a friendly place. Outside, Carla and I took time to enjoy the , with its 257-foot-long reflecting pool and fountain that recycles 77,000 gallons of water with a jet shooting water 40 feet high.


Our first stop was to see a 20-minute movie of important events in President Ford’s life, which reintroduced us to one of the least discussed and perhaps one of the least appreciated leaders in recent history.


At the top of the staircase on the second floor, we entered a display room where we were surrounded by three large screens playing scenes of important events of the early ’70s. Movie and music posters, headlines from newspapers and life-sized models dancing to "The Twist" bordered the screens.


It wasn’t the Beatles or "Saturday Night Fever" posters that grabbed me. What really brought the period back was the broad-striped, double-knit jacket, much like the one I wore in the ’70s.  After my tour, I thought that just as I had changed my taste in jackets, perhaps I should reconsider Ford’s stature as a president.


The main tour starts with the crisis of confidence in the presidency as multiple screens and headlines retell the story of President Richard Nixon’s resignation and Ford’s rise to the presidency.  In the next rooms, I felt as though I were walking though a very personal autobiography that started with Ford’s tiny baptism shoes.


It soon became apparent that this is a man who started with little but by dint of hard work, intelligence and integrity became a major player in politics.  He was born Leslie Lynch King Jr. on July 14, 1913, in Omaha, Neb., to a father whom Ford’s mother soon divorced because of his abuse. She moved to and married a man who formally adopted Ford.  It wasn’t until he was 16 that Ford again met his father, who dropped by where he was working to say hello and give him $20 - little compensation for the child support he had never paid. 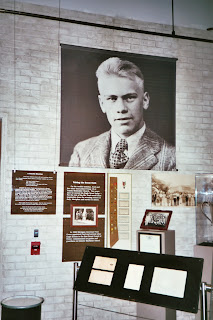 Gerald Ford had a tough start in life


Ford’s preparation for the presidency struck me as ideal: He was a football hero at the , worked his way through Yale law school, spent two years aboard an aircraft carrier in the Pacific in World War II and spent 25 years in the U.S. Congress, many of them as a leader of his party.


As I went through the displays, I could see his strengths lay in cleaning up other presidents’ messes, such as and the Nixon scandals, and doing the groundwork so other presidents could look good, such as the fall of the former Soviet Union and peace - at least temporarily - in the .


Why didn’t he win another term as president? One plaque pointed out he was better at governing than he was at campaigning.  Another plaque said, "With Gerald Ford’s inauguration, the White House became a more relaxed, open place. Hence forth, the Marine Corps band was instructed to play the fight song rather than the more stately ‘Hail to the Chief.’  "The White House itself was referred to as the ‘residence’ rather than the ‘executive mansion,’ and the Oval Office was immediately swept clean of all electronic listening devices."


In a replica of the president’s Cabinet Room, a video presented background on three of his major decisions, and visitors were given a chance to vote electronically as to what they would have done or what they felt the impact of the decisions were.


Ford kept naysayers in his Cabinet and on his staff who played devil’s advocate on major decisions - something we could have used more of with presidents who came after him in office. In retrospect, I feel he was better than I had originally thought because he brought decency and inclusiveness, as opposed to the pervasive distrust and alienation we see in current politics.


Betty Ford was more outspoken than the five first ladies who had immediately preceded her. Several walls note her contributions, and one room displays dresses she wore for different state dinners.


Open daily 9 a.m. to 5 p.m., there is a small fee for adults but none for children under 15.  For further information, see www.fordlibrarymuseum.org. 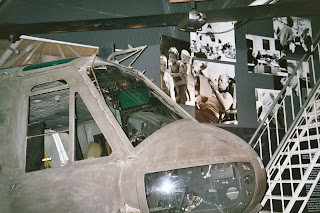 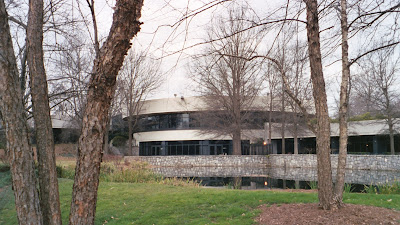 - When we visited the Jimmy Carter Presidential Library and Museum in , what we enjoyed most were the quotes in the special temporary exhibit, "First Ladies, Political Role and Public Image," developed by the Smithsonian Institution.

A multimedia presentation, it included old radio talks, A&E presentations on the wives’ lives and roles, some of their clothes and personal items, and posters with biographic data, photos and paintings.

Among our favorite quotations was one by Florence Harding, who organized and ran her husband’s campaign for president: "Well, , I have got you the presidency. What are you going to do with it?"

Unfortunately, he turned out to be one of the worst presidents ever. She’s the one who should have had the job.

Here are some other examples:

● Betty Ford: "I do not believe that being a lady should prevent me from expressing my views. Being ladylike does not require silence."

● Rosalyn Carter: "A first lady is in a position to know the needs of the country and do something about them. It would be a shame not to take full advantage of that power."

● Dolly Madison: "To see the great and celebrated people of our country is a very great gratification to me."

● Bess Truman: "I have nothing to say to the public."

The pièces de résistance were the A&E movies playing at various places in the exhibition that showed the changing roles of women and how they helped and extended presidential power. The movies also demonstrated how they have changed their relationships with the press and what some of them have done to modify the décor of the White House.

Many of us are so familiar with the styles of the different women that no label would have been needed on many of the sample costumes, such as those of Eleanor Roosevelt, Jackie Kennedy, Rosalynn Carter, Nancy Reagan, Hillary Clinton and Laura Bush.

The complex that is the Jimmy Carter Presidential Library and Museum is impressive. The large, round buildings are designed to fit into the ambiance of the surrounding park. We would have been more impressed with the inside of the museum if we hadn’t already visited five other presidential libraries and museums.

We were somewhat disappointed comparatively in terms of the emotions it aroused in us and in the sense it gave us of being in touch with some important historical moments. For example, the presidential museums of both Ronald Reagan and Harry Truman left us drained, with the feeling that we had just relived some very important events in history.

The Carter museum is quite straightforward and traditional. In the auditorium, a 25-minute movie explains how the power of the presidency has changed through the years. A walk down a hall features life-size cutouts of recent presidents who influenced the office. A large central area has an ongoing town meeting, with people interacting from a number of large televisions.

Various alcoves contain information about the major presidential decisions made by Carter and his life history. Carter’s major accomplishments were turning the over to , achieving peace between and , confronting the nuclear threat, strengthening ties with , negotiating the hostage crisis in and emphasizing the conservation of resources.

Television sets spread throughout the museum play speeches by Carter, but they lack the emotional impact of those by Reagan. This has nothing to do with our political beliefs because we both voted for Carter and not for Reagan.

The sections leading up to Carter becoming president have large, black-and-white murals made from old photos, comments by Carter and some items from his life.

The first response many people had to Carter’s presidential campaign was "Jimmy who?" When we met several of the volunteers who were working for him, it was hard for us at first to understand their enthusiasm. But that enthusiasm carried him into the White House. He has continued to play a role in our national consciousness with his international volunteer work and the large number of books he has written since leaving the White House. 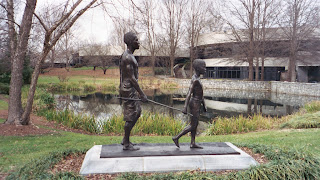 This statue on the grounds of the Jimmy Carter Presidential Library and Museum in shows a boy leading a blind man by carrying a stick between them. The statue is symbolic of the ’s goal to break the cycle of disease and poverty that grips many of the world’s countries.